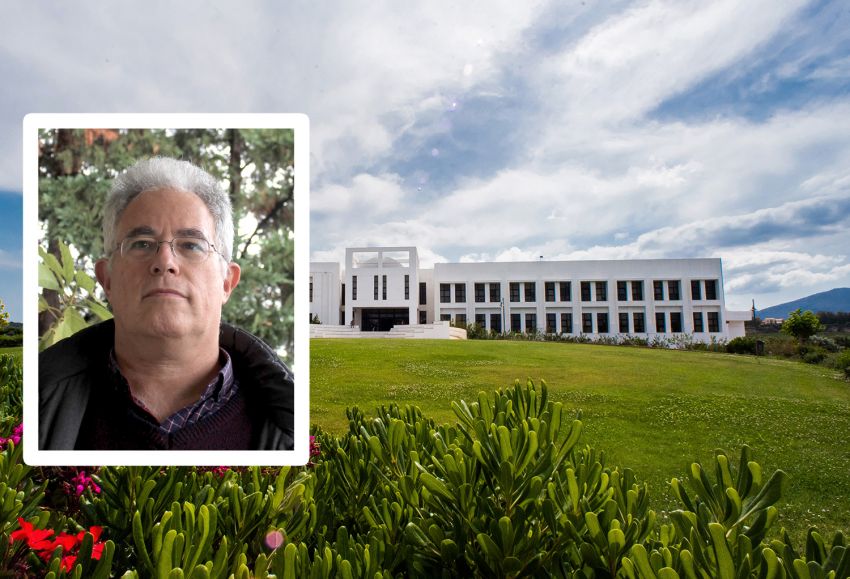 Tasos Kostopoulos, a post-doctoral researcher at the Institute for Mediterranean Studies of the Foundation for Research and Technology - Hellas (IMS-FORTH), has won a Starting Grant from the European Research Council (ERC). The ERC Starting Grants are awarded to talented early-career scientists, who have already produced excellent work and show potential to be research leaders, to launch their own projects. Tasos Kostopoulos will receive €1.4 million in funding for five years, in order to study the function of the Macedonian Question as a catalyst and a testing ground for the emergence, development and consolidation of authoritarian state policies on a nation-wide scale in all the Balkan nation-states involved.

Traditional approaches to the Macedonian Question have dealt with it mostly as a diplomatic question, interwoven with Great Power politics; as a clash of rival irredentisms over the same coveted region and as a subsequent fight between the rival nationalisms for the hearts and minds of the local population. They have left virtually unexplored its impact on the overall internal life of Balkan societies and nation-states. From the late 19th century to the end of the Cold War and beyond it, nationalism has however provided a useful tool, not only for territorial expansion but also for the safeguarding of internal social order and promoting cohesion at home, let alone for lending a dubious legitimacy to what is now called “the deep state”. As a common denominator of nearly all Balkan nationalisms, and an apple of discord for them, the Macedonian Question usually lay at the very heart of such an instrumentalization.

Tasos Kostopoulos and his team at IMS-FORTH will investigate how the tools used by the rival nation states to extract national loyalty in late Ottoman Macedonia, where nation had been widely conceived first and foremost as a political party, were subsequently transformed into a far broader method of social and political control. They will examine the transfer of particular administrative practices of surveillance, control and political indoctrination, as well as state-sponsored violence and its ideological justification in the name of national expediency, from the initial field of their application in Ottoman and post-Ottoman Macedonia to the mainstream political and social life of Greece, Bulgaria and Serbia/Yugoslavia, as well as to the respective diasporic communities. The impact of the same heritage in Romania, Albania, the Ottoman Empire and its successor nation state, the Turkish Republic, will also be assessed.

Tasos Kostopoulos studied Law at the University of Athens, holds a Ph.D. in Modern History by the Social Anthropology and History Department of the University of the Aegean and works as a post-doctoral fellow at IMS-FORTH for the ERC-funded project RICONTRANS. Visual Culture, Piety and Propaganda: Transfer and Reception of Russian Religious Art in the Balkans and the Eastern Mediterranean. A journalist by profession since his early twenties, and a founding member of the collective group “O Ios” (1990-2015), he worked for the dailies Avgi (1985-1987) and Eleftherotypia (1990-2012), the magazine Scholiastis (1986-1990) and the cooperative daily Efimerida ton Syntakton (2012-2022). He participated in 59 scientific workshops and conferences in Greece, Germany, France, Italy, Serbia, Bulgaria, North Macedonia, the Czech Republic, Turkey, Lebanon, the U.S.A. and Japan, as well as in the HFRI-funded research projects “Brutal Intimacies. A History of Rape in Modern Greece, 1900s-1960s” και “The Public Debate on the Prespa Agreement”. He has published 37 academic articles or book chapters in Greek, English or French, and six monographs, all of them in Greek: The Prohibited Language. State Repression of Slavic Dialects in Greek Macedonia (2000); Self-Censored Memory. WWII Security Battalions and Post-War “National Correctness” (2005); War and Ethnic Cleansing. The Forgotten Aspect of a Ten-Year National Campaign, 1912-1922 (2007); A ‘Macedonian Question’ in Thrace: State Policies Concerning the Pomak Population, 1956-2008 (2009); Red December. On the Question of Revolutionary Violence (2016); Police and “Extremism” after the Colonels’ Downfall. The Gikas Report and Other Documents (2017). His doctoral thesis, entitled National Parties and early Macedonism. The Social and Political Dimension of National Strife in late Ottoman Macedonia, is forthcoming in Vivliorama editions.