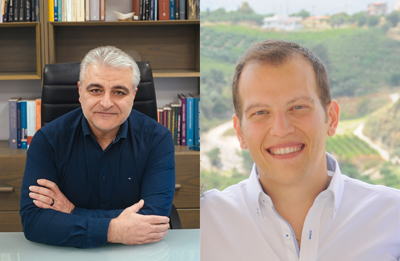 The findings of the study, published today in the premier international scientific journal Cell Reports, reveal a novel molecular mechanism underlying the detrimental effects of BER imbalance in the pathogenesis of Parkinson’s disease.

IMBB-FORTH Researchers Dr. Konstantinos Palikaras (now Assistant Professor at the Medical School, National and Kapodistrian University of Athens) and Dr. Nektarios Tavernarakis (Professor at the Medical School, University of Crete, and Chairman of the Board at FORTH), in collaboration with the team of Prof. Hilde Nilsen (University of Oslo and Akershus University Hospital, Lørenskog, Norway), among others, demonstrated that age-dependent imbalance in BER affects the survival of dopaminergic neurons and could serve as a potent modulator of Parkinson’s disease pathophysiology. 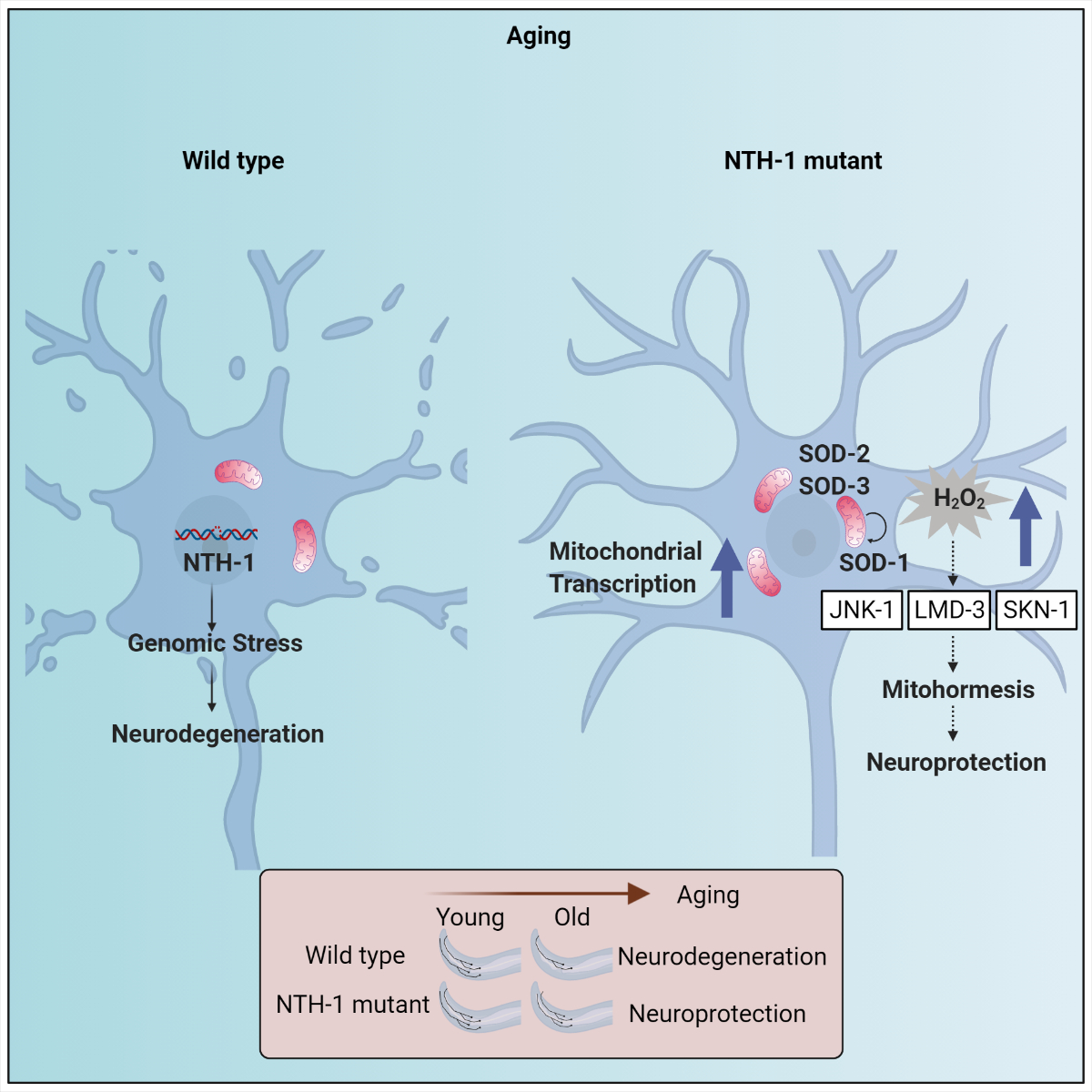 Parkinson’s disease is the second most common neurodegenerative disorder and its pathogenesis is associated with oxidative stress, proteostasis imbalance, genomic instability and mitochondrial dysfunction. Post-mitotic neuronal cells, such as dopaminergic neurons, experience high levels of reactive oxygen species, due to their high metabolic activity and low antioxidant capacity that leads to damage of cellular macromolecules, including DNA. Base excision repair (BER) is the prominent pathway for the repair of oxidative DNA damage protecting neurons from the harmful effects of cytotoxic or mutagenic nucleobases.

Using the simple nematode Caenorhabditis elegans, the research teams of Prof. Tavernarakis, Prof. Palikaras and Prof. Nilsen, uncovered that incomplete processing of endogenous DNA base damage, via the BER pathway, is a source of genomic stress, and promotes neurodegeneration, during ageing. Accumulation of mitochondrial and nuclear DNA repair intermediates, due to incomplete BER activity, results in neuronal cell death, in a Parkinson’s disease nematode model. Importantly, whole-exome sequencing data revealed an enrichment of genetic variation, in the BER pathway, in Parkinson’s disease patients, indicating that BER might also be a pathophysiology modulator in humans.

These insights could effectively contribute to the development of novel therapeutic interventions to confer neuroprotection and ameliorate neuronal loss in Parkinson’s disease, and/or other age-related neurodegenerative pathologies.